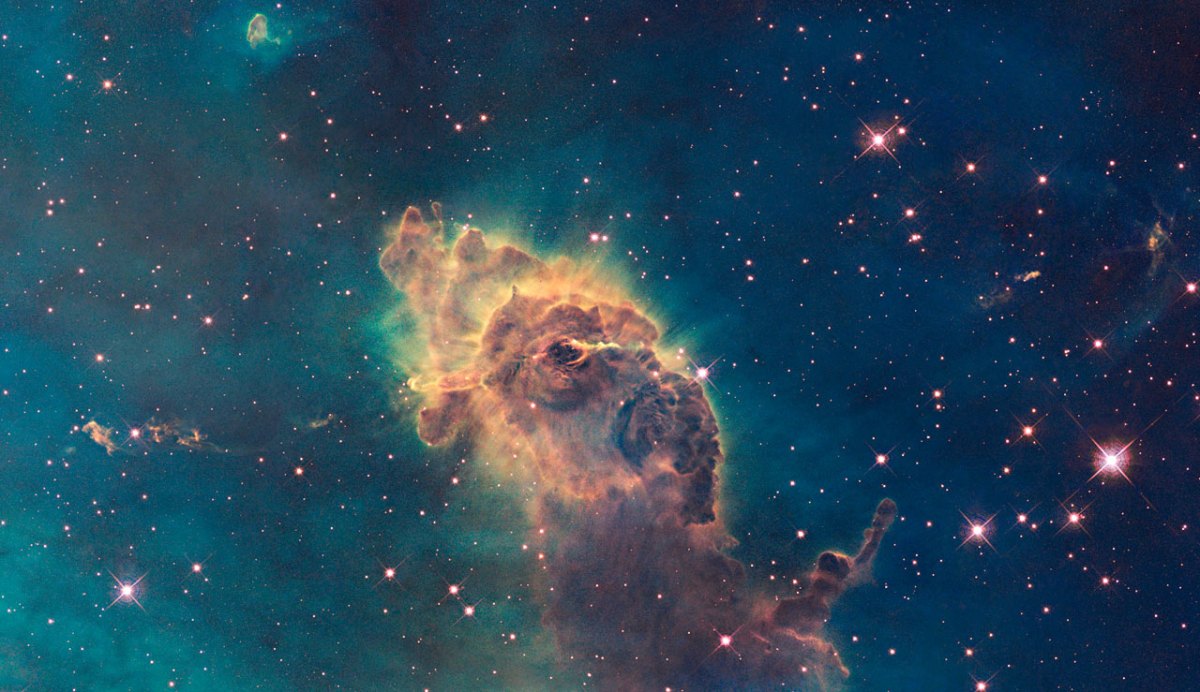 Composed of gas and dust, the pictured pillar resides in a tempestuous stellar nursery called the Carina Nebula, located 7500 light-years away in the southern constellation of Carina.

Taken in visible light, the image shows the tip of the three-light-year-long pillar, bathed in the glow of light from hot, massive stars off the top of the image. Scorching radiation and fast winds (streams of charged particles) from these stars are sculpting the pillar and causing new stars to form within it. Streamers of gas and dust can be seen flowing off the top of the structure.

Hubble’s Wide Field Camera 3 observed the Carina Nebula on 24-30 July 2009. WFC3 was installed aboard Hubble in May 2009 during Servicing Mission 4. The composite image was made from filters that isolate emission from iron, magnesium, oxygen, hydrogen and sulphur.