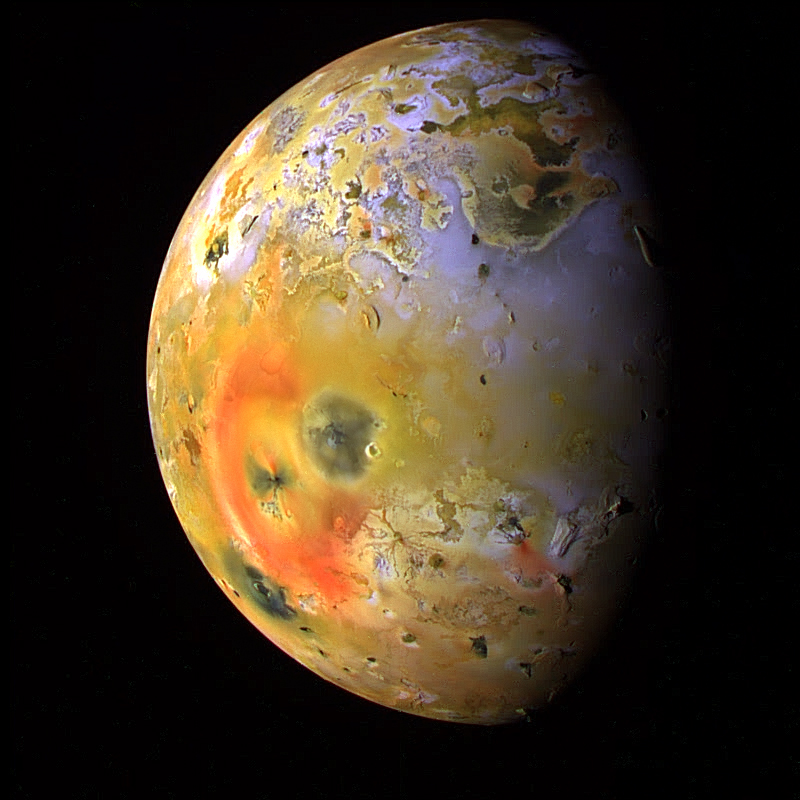 This global view of Jupiter’s moon, Io, was obtained during the tenth orbit of Jupiter by NASA’s Galileo spacecraft on 19 September 1997 at a range of more than 500,000 km (310,000 miles). Io (which is slightly larger than Earth’s moon) is the most volcanically active body in the solar system.

In this enhanced color composite, deposits of sulfur dioxide frost appear in white and grey hues while yellowish and brownish hues are probably due to other sulfurous materials. Bright red materials, such as the prominent ring surrounding Pele, and “black” spots with low brightness mark areas of recent volcanic activity and are usually associated with high temperatures and surface changes.

One of the most dramatic changes on Io is the appearance of a new dark spot (upper right edge of Pele), 400 km (250 miles) in diameter, which surrounds a volcanic center named Pillan Patera. The dark spot did not exist in images obtained 5 months earlier, but Galileo imaged a 120 km (75 mile) high plume erupting from this location during its ninth orbit.